The story that follows is vintage Cole and Bunch. I loved every page. I'm looking forward to the next book. Jul 31, Max rated it really liked it Shelves: scifi-fantasy , audio-books. If you've gotten all the way to the 6th book in the Sten series, you definitely know what you're getting at this point. You read them for the same reason that you watch a movie like Commando.

There are impossible situations, suicidal raids, and amazing escapes. Lethal amounts of alcohol are consumed by every imaginable being, and as the title suggests the Emperor has returned. As with every other Sten book, I finished it with the same thought: "That was fun.

When I get around to it, however, I will certainly pick up the 7th book and enjoy the ride once again. Entry 6 in the Sten series. This one adds some cool significant developments to the existing setting, without doing much in the way of power creep which Brandon Sanderson can't resist. Given the title, it shouldn't be a spoiler to say that the Emperor returns!

The narrative that follows his restoration is interesting; it's not a given that he'll make it, and his own preparations for his exaggerated death help make sure he can't come back unless he's, uh, "himself" again. Sten is still the main Entry 6 in the Sten series. Sten is still the main character, although Alex Kilgour gets enough focus that his awful Scottish accent is featured more prominently than usual.

Fortunately, the passive voice is less rampant than the last one, and the tired military humor is mostly gone. Bonus: Oregon even gets more highlight in this multi-galactic space opera than it has before! An early and important action-based scene takes place on the Umpqua river.

Also a bonus: the romantic subplots that have been blessedly absent from the last couple of books try to make a comeback here and fail to take hold. Whew, Sten as a fugitive fighting for justice. Every book in this series has a different trajectory; this one shows a different side of Sten and his pals. I wish there was more on the Emperor and his means of coming back, but s'be't. Reread for the 4th time since original purchase. After quite a pause I returned to the Sten series. This series is one of those that I read because they are good books and I really do not want to leave a book series unfinished but it is not really my favorite type of books.

The book started off quite good. After the first third I was thinking that it was one of the best ones so far. Sten was doing what he does best, his old buddies where getting back into the action and we where set for some serious ass kicking…or so I thought. However, as it tu After quite a pause I returned to the Sten series. However, as it turned out, the first third was really the best part of the book.

After a botched assassination attempt the book ventured into political bla bla land focusing on attempting a trial against the Privy Council. I certainly did not fancy the turn it took after the first third. Especially since I felt that Sten was actually not that much present for a good part of the book. 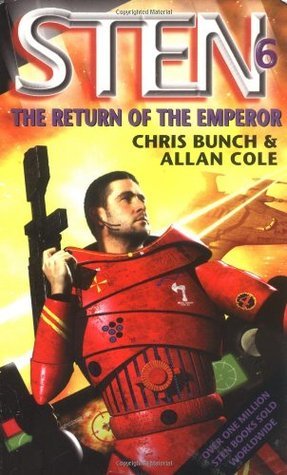 On the one hand, Sten is a key part of a plot to bring to justice the Privy Council who killed the Eternal Emperor. On the flip side, the Eternal Emperor returns from oblivion Gripping action, good cross-plotting, in some ways the best book of the series. So they send a team of commandos to capture Sten, hoping he knows the secret. Sten sets out to kill the empire's new leaders. This book is another one of my favorites from this series. I love the fugitive thing going on with Sten.

The other really cool thing about it is the massive amount of backstory on the Eternal Emperor; all his secrets are revealed in this book. An future empire sliding slowly into chaos makes for a gripping story! The Privy Council has seriously erred in judgment and will do anything to survive.

A growing number of dissidents is causing a crisis. Jul 17, Dantegideon rated it liked it.

Felt a bit unfocused, like it was trying to be two books at once. And I don't like what they do at the end of the series, so this is the last one I'll read. Sep 26, Howard added it. Yeah that's Sten and buddies. More good mindless entertainment, perfect for relaxing after a tough day. Should probably be 3. The continuing adventures of Sten and the other characters who make up this series. Just a fine read. The older man smiled, and touched a long and livid scar on his right arm. By some better.


But maybe I'm wrong. Maybe you're the one who can do something. But you best remember. Amos isn't any old Mig.

Return of the Emperor

The patrolman suddenly tired of his new partner and the whole conversation. The young man bristled and started to glower. Then he remembered that even without the potgut his senior still had about twenty kilos and fifteen years on him. He spun and turned the glower on an old lady who was weaving happily out of The Row. Amos slid his card through the livie's pickup, and the computer automatically added an hour to Amos' work contract. The four of them walked into the lobby, and Amos looked around.

Amos shrugged. Guy down the line was here last offshift. Says the first show's some clot about how some Exec falls for a joygirl an' takes her to live in The Eye with him. Music blared from inside the theater.

Amos followed his family into the showroom. The screen blared, then went gray-blank. Sten winced. He'd never finish in time to meet his family. The school's ancient computer system just wasn't up to the number of students carded in for his class shift. Sten glanced around the room. No one was watching. Sten had found a way to tap into one reasoning bank of the central computer.

Against school procedure, for sure. But Sten, like any other seventeen-year-old, was willing to let tomorrow's hassles hassle tomorrow. With the patch complete, he fed in his task card. And groaned, as his assignment swam up onto the screen. It was a cybrolathe exercise, making L-beams. 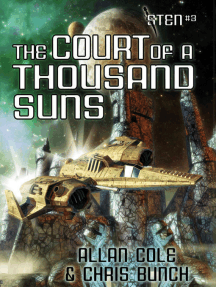 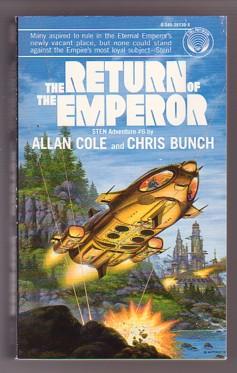 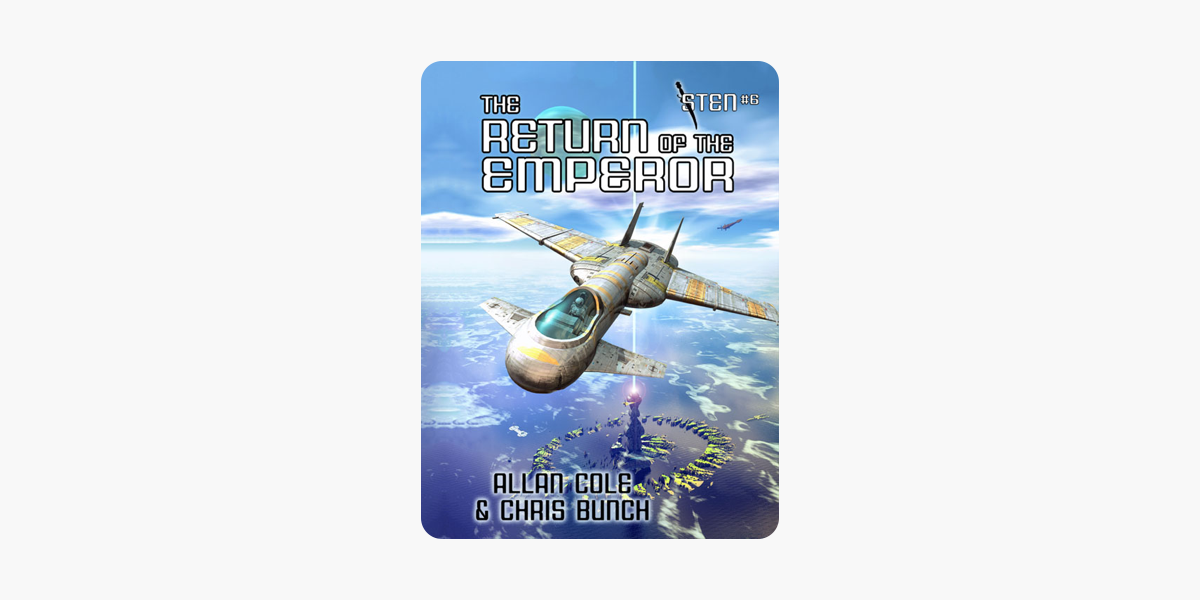 Related The Return of the Emperor (Sten #6)